How Pension Funds Are Coping With COVID-19

How Pension Funds Are Coping With COVID-19

As equity markets react dramatically to the virus, Canadian defined benefit plans are benefiting from diversification of return-seeking investments and derisking.

Canadian pension fund investors that have followed the national trend of diversifying assets from traditional equities into infrastructure and real assets were better prepared to ride out the worldwide market volatility resulting from the COVID-19 outbreak. 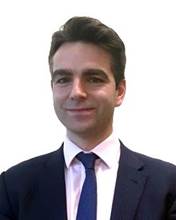 That’s according to Calum Mackenzie, partner and head of investments, Canada, at Aon, who added that the move to more infrastructure and real assets reduced pension plans’ equity exposure while still opening them to return-seeking investments.

“That’s been a broad trend,” Mackenzie said. “We’ve heard from clients that there’s a continued desire to diversify. I’m hoping that does continue.” Along with the diversification of return-seeking investments, how much pain the equity market decline of late February and early March has caused also depends on whether Canadian defined benefit plans are basing their funded status on solvency or going concern rules, which differ by province, Mackenzie said.

Prior to the equity market’s recent swings, many plans that measure their funding based on solvency, or immediate termination, rules had derisked, often through liability-driven investing strategies. With less risky investments in classes like equities, for example, their hit from recent stock market weakness is less than those for plans under going-concern, or ongoing operation, funding rules, such as those implemented in Quebec; these plans normally could have more invested in traditional equities.

“The latest turbulence is more pronounced for those (pension plans) that didn’t derisk,” Mackenzie said. “On the flip side, if a plan is going concern-focused, you could argue that they could get through this, and that as a going concern, they’re able to afford periodic market noise.”

For those plans with traditional equity allocations, Mackenzie said, “it’s really too early to say if they’re looking to change their asset allocations. In the short term, these losses are always significant. Those who are spooked are investors that are making tactical calls.”

That also holds true for defined contribution participants, as those with self- directed brokerage accounts might feel tempted to sell at what could be the worst time, when markets are at their lowest. Fortunately, Mackenzie said, Canadian DC participants for the most part have embraced target-date funds as one of their chief investment vehicles.

“Defined contribution investors are a group that could really lose when selling at times like this,” he said. “These are times when the benefits of a target-date fund really come through. Those fund managers don’t make short-term decisions. In a lot of the Canadian DC market, when markets are jumping around 6% to 7% every day, it’s not a place where you want to be tactical.”

What has made the current market crisis specifically acute for Canadian investors is that much of the problem has been offshore — market
contagion outside of Canada coupled with a fall in global oil prices based on the actions of outside actors like Saudi Arabia and Russia which
negatively impact one of Canada’s largest economic engines, energy.

“The Canadian market is exposed to these forces,” he said. “Canadian energy is really taking a hit, and then there’s the virus along with the oil market. Canada is quite exposed. That’s why we’re making sure clients are well diversified. Fortunately, the vast majority are.”

Add other market conditions that existed before the coronavirus outbreak to the energy issue, and the virus could be seen as the straw that broke the camel’s back — and why worldwide market reaction has been worse than during other viral outbreaks like SARS in 2003.

“How expensive did the equity markets look at the time of other viruses?” he asked. “Today you already have overvalued equities and an
overreliance on debt. Now you add a major social factor. That could make the underlying factors worse.”

At one Canadian pension plan, the C$2.3 billion Canadian Mortgage and Housing Corp., Ottawa, officials are looking at how coronavirus has affected its strategic asset allocation, said Keith MacIsaac, CMHC’s pension fund risk specialist. However, they have not changed the current allocation of 59% fixed income/liability hedging, including a 25% overlay; 44% growth equities; 17% real assets; and 5% cash.

“Since the pension fund’s investment horizon is long-term, any strategic decisions will be with this time frame in mind …,” he explained. “In addition, we have developed a robust early warning indicators framework that helps us assess the investment environment on a forward-looking basis.”

In the short term, MacIsaac said, the decline in interest rates in Canada associated with coronavirus will ultimately affect the discount rate used to discount liabilities for the balance sheet,” which was 1.5% on a solvency basis as of Dec. 31. But MacIsaac added, “This is not a problem, just normal business.”

Rick Baert is a freelance journalist who specializes in covering institutional money management, trading and asset servicing. He is a retired editor and reporter with 42 years of experience with financial, business and daily news services. Rick has covered the Canadian pension fund industry for the past six years.