Some changes may occur soon or take “weeks or maybe even months” to occur, said Julien Ranger of Oster, Hoskin & Harcourt LLP. 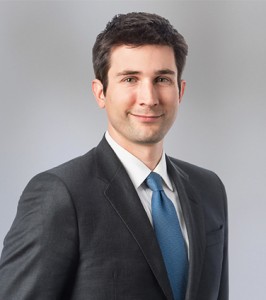 Canadian federal and provincial pension regulators have been reviewing a number of changes to ease the burden of defined benefit pension plan sponsors in maintaining their retirement plans during the COVID-19 pandemic.

Officials at Osler, Hoskin and Harcourt LLP’s pensions and benefits practice, for instance, say their recent discussions with regulators — held on behalf of clients — focused on:

Those potential changes could happen quickly or take “weeks or maybe even months” to occur, because they require legislative changes on the provincial or federal level, said Julien Ranger, partner, pensions and benefits, at Osler, during an webinar last month.

Much of the early regulatory action in response to COVID-19 focused on restricting annuitization of plan benefits and portability transfers.

In a March 27 letter to federally regulated pension plans, the federal Office of the Superintendent of Financial Institutions said it was freezing such asset transfers and annuity purchases “to protect the benefits of plan members and beneficiaries, given that current financial market conditions have negatively affected the funded status of pension plans.”

Similar transfer bans also have been implemented by pension regulators in Alberta and Saskatchewan, according to those provinces’ regulatory websites.

In Ontario, the Financial Services Regulatory Authority has commuted value transfers under certain conditions based on a plan’s transfer ratio, Ranger said.

Also, regulators in most jurisdictions have already approved the extension of some filing deadlines. For example, valuation report deadlines have been extended until Sept. 30 in New Brunswick and until Aug. 31 in Nova Scotia; by up to 180 days in Alberta; up to 90 days in British Columbia,

Newfoundland and Labrador, Quebec, and Saskatchewan; and by up to 60 days in Ontario; according to provincial regulators’ websites.

In addition, some regulators are looking at delaying the next valuation date by up to a year, Ranger said.

Various deadlines for member communications by plan sponsors have also been extended in most jurisdictions, explained Omar Sunderji, Osler associate, pensions and benefits, in the webinar.

According to regulators’ websites, the member communications deadline for federally regulated plans and those regulated by Saskatchewan has been extended by three months; in Alberta by up to 180 days; in Quebec by 90 days; and in British Columbia by 60 days.

Ontario-regulated plans will get relief from member-communication deadlines if the FSRA is notified of a “plan of action” by plan administrators in advance of the original deadline, Sunderji said.

Other relief options being considered by federal and provincial regulators, Osler’s Ranger said, include delaying normal cost contributions and special payments, keeping interest rates for solvency valuations at the levels prior to the onset of the coronavirus, and extending amortization periods to eliminate a deficit.

While regulators have made some changes to DB plan rules, rule changes affecting defined contribution plans have not yet been made, according to Osler’s Pensions & Benefits blog.

As of April 15, Canada Revenue Agency has maintained requirements that annual employer contributions to its DC plan must be “at least 1% of the remuneration of participating employees,” according to the CRA website.

“We understand that there has been discussion among authorities about permitting the suspension of employer contributions to DC plans as a cost-saving measure,” Osler’s blog said. “However, as of April 15 … we are not aware of any such change being formally implemented or announced.”

Rick Baert is a freelance journalist who specializes in covering institutional money management, trading and asset servicing. He is a retired editor and reporter with 42 years of experience with financial, business and daily news services. Rick has covered the Canadian pension fund industry for the past six years.